Sobriety Test: The One Test You Never Want to Fail 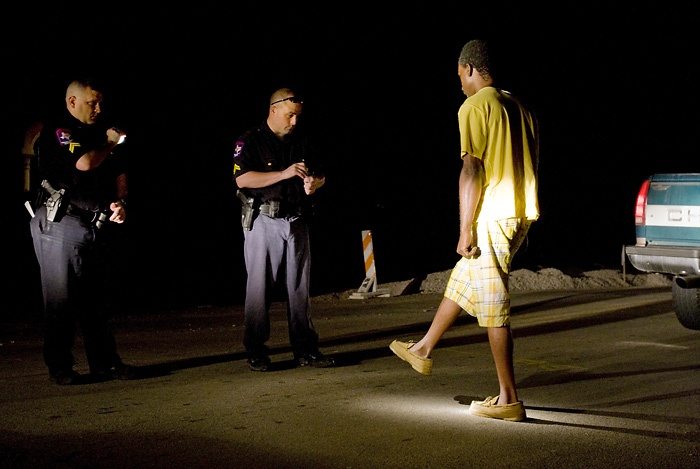 Drunk driving is a serious offense, and getting a DUI/DWI has tremendous legal implications, leaving a black cloud over an individual for the rest of their life. Unfortunately, all too often people decide to get into their vehicles after having a few drinks, risking the possibility of racking up a DUI/DWI.

The Test You Never Want To Fail

The Standardized Field Sobriety Tests (SFST) are a set of tests that police officers use in assessing a driver’s intoxication level. These tests were established in 1977 by the National Highway Safety Transportation Association as a way to combat drunk driving. These include the walk-and-turn, the one legged stand, and the horizontal gaze nystagmus (HGN) test.

Each test brings about certain clues that suggest the driver is intoxicated. With the walk-and-turn test, officers look for drivers who sway or lose their balance. The one legged stand creates a similar challenge. If drivers cannot keep one leg above the ground or maintain their balance, an officer may assume that they are under the influence of alcohol. With the HGN test, officers look for significant eye movement, or the inability to follow the focus object completely.

While law enforcement agencies across the country rely on these tests, there are inherent flaws with each. For example, most drivers have never have walked heel-to-toe as required in the walk and turn, and it is not always easy to do when someone is nervous or naturally uncoordinated. Also, a driver’s eyes may jerk in following a flashlight simply because it is difficult to focus on a light on a dark night, or a driver’s vision problems may prevent them from continuously focusing on a particular object without some eye movement. An uncoordinated driver may fail a one leg test without being legally intoxicated.

How Sobriety Tests May Be Used Against You

Police officers use field sobriety tests to determine if a motorist is intoxicated. The administration of a field sobriety test may be based on a reasonable, articulable suspicion in the absence of probable cause. So why do cops administer these tests? Well, the evidentiary value of the test is enormous in a DUI/DWI prosecution. The key element in a drunk driving prosecution is the proof that the accused was in the proscribed state of intoxication at the time of the alleged offense. This element can be established by the opinion of a witness, usually the arresting officer, based upon his or her observation of the defendant’s appearance and behavior at the time of the arrest or with the assistance of the information gathered from the sobriety test.

The most important thing to remember is that you are not legally required to take these tests. If an officer asks you to perform a sobriety test, you have the right to politely decline. Many lawyers in fact strongly recommend against performing these tests. Since the officer is not likely to ask you take these tests unless they are already planning on arresting you, there is not much to be gained by going through with them. There are no legal or administrative penalties for refusing a field sobriety test. At this point, the officer is only trying to further his or her suspicion that you may be driving under the influence, so that an arrest can be legally justified.

Even before asking for a sobriety test, the police must have a reasonable suspicion to justify the stop of a vehicle. Officers may ask “Do you know why I stopped you?” in the hopes that your answer will further their suspicions, but you may also politely ask the officer this question to avoid self-incrimination. If the officer asks you to exit the vehicle, the chances of being arrested increase dramatically, so it does not suit your interests to give police more reason to take you to jail.

Keep in mind that declining a field sobriety test is very different from refusing a chemical test (such as a blood, breath or urine test) which has serious administrative consequences.

If you refuse one of the tests, it is best to let an attorney handle the possible administrative penalties. After all, you may be threatening your personal freedom by giving the state scientific evidence to use against you.