OW!! I Got an OWI in Indiana 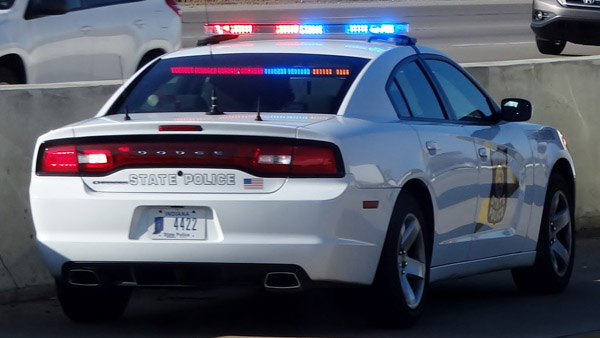 Ask the average American what Indiana has more of than any other state and you’ll probably get a variety of answers:

The actual answer is none of the above, or: Interstate highway. It’s true; with a nickname like “Crossroads of America”, you’d better believe it. They have more miles of interstate highway per square mile than any other American state. That means there’s a whole lot of space where you’re responsible for getting yourself from point A to point B – which might turn into a problem if you’ve been knocking back PBRs down at the local dive. The state of Indiana takes drinking and driving (or operating a vehicle under any mind-altering substance) pretty seriously. So if you’ve found yourself post-arrest in such a sticky scenario, it’s best to know your rights – plus the contact information for a capable local attorney.

First things first: If you’ve been swerving, the officer is going to want to know if you’ve been drinking, or partaking in some other illegal substance. In order to assess the situation, he or she will want a chemical sample, usually in the form of a breath test. The state of Indiana, like many other states, treats the activity of driving under the pretense of “Implied Consent”, which basically states that when you drive a car, you agree to allow a cop to test you for sobriety at their request. If you’re hiding something, you should definitely know that refusing to submit to a breath test will result in the immediate and possibly long-term suspension of your license. Yes, even if you’re found not guilty! And if you are guilty of something, that suspension – which would last for one full year upon your first offense, two years for subsequent offenses – is added on to whatever penalty the judge doles out.

If this happens to you, you’ll be reporting directly to the Indiana Bureau of Motor Vehicles, and they really aren’t fucking around when it comes to enforcement. With this type of suspension, you aren’t even eligible to apply for a restricted license for getting to school or work. That’s why it’s important to find a good lawyer who will fight on your behalf and get that initial charge dismissed. Just remember to act as quickly as possible; since you’ll be looking to challenge the probable cause and handling of your arrest, you want it to be fresh in everyone’s minds.

What if I’m guilty?

The penalties associated with drunk driving in Indiana are pretty straightforward. Besides knowing that you just shouldn’t do it to begin with, you should know that anytime you drive with a BAC of 0.08% or higher, you’re breaking the law. Be aware that if you’re under the age of 21 or if you hold a commercial driver’s license, that threshold is actually 0.04%. Since ordinary drivers of the age of 21 are the most likely to drink and drive, since they usually have the drinking part down pat, let’s review what standard penalties are in place if you do end up receiving Indiana’s version of a drinking and driving charge, or what’s called an Operating While Intoxicated, or OWI.

There are a variety of reasons as to why one’s license might be suspended in the state of Indiana – an OWI being one of them. While it’s definitely a shitty thing to do, the state recognizes your need to at least attempt to improve yourself and go to work and things like that. When you live in a largely rural and spread-out place like Indiana, it’s pretty difficult to go about daily life if you’re not allowed to drive. For that reason, there’s a thing called a “hardship license” you’re eligible to apply for if the right set of circumstances surrounds your arrest. (A good attorney can’t hurt either.)

Now referred to as  Indiana Specialized Driving Privileges, these conditions allow the most basic areas of transportation that one might expect after being convicted of such a serious offense: driving to and from work, taking kids to school or childcare facilities, driving with an IID, and going to doctor’s appointments. In order to be considered for these privileges, you’re required to file a petition with the court that originally sentenced you. At face value, the process appears relatively simple, but keep in mind that the new privileges are written out in a new law which has only been in effect since January 2015, so not much precedent exists already. If you are at all unsure about doing things the right way, it is seriously recommended that you hire a lawyer. If you do succeed in getting a hardship license approved, good for you!  Be aware that three important provisions exist if you want to keep it:

Play it safe…Hire an attorney

You may not want to hear this, but shit, dude, your best bet is to spend the dough and hire an attorney.  The details surrounding an OWI arrest are often complicated and can involve a great deal of emotion on your part. It’s important to note that even if your BAC is below the legal limit but you’re showing signs of impairment, that qualifies as probable cause and the arresting officer does have authority to take you into custody. Upon getting out of jail, contacting a lawyer as quickly as possible might be the last thing on your mind, but acting fast is always in your best interest if you want any shot at lessening the severity of your punishment.

BernieSez is a free and easy-to-use resource when it comes to finding legal aid and getting your most burning questions answered. Simply upload your case today for a free consultation, post a question to our discussion boards, and begin your journey towards the better side of justice.  It's free and takes just a few minutes (about 3 easy painless minutes) to submit your case in this kickass system.  Give it shot.  There's nothing to lose, except maybe 3 minutes (surely you can spend 3 min doing this instead of reading your “friends” dumb Facebook news feed posts).  Click or tap the button/link below to start.