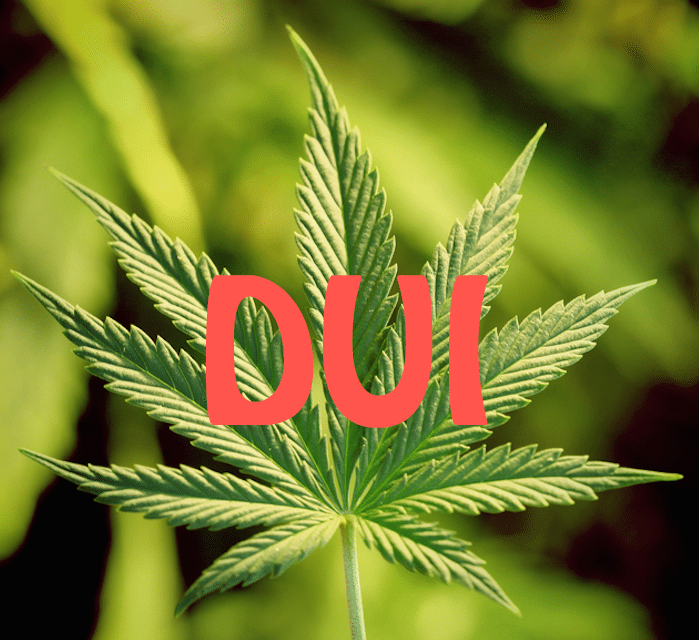 Not your typical DUI charge…

A guy came to my office the other day totally sweating a DUI charge. Not your typical DUI charge mind you, but a Marijuana DUI charge. FYI, he didn’t sweat for long. I told him some good news. Maybe it can help you too.

So this guy got pulled over at a checkpoint, right? And the coppers, sniffing around for alcohol, smelled weed. Wonderful. Ok. Now they’re on high alert (no pun intended) and they ask him to get out of the car. Now this is where my guy has kind of an upper hand on the typical case MAYBE. When the coppers asked him for his license and registration, no problem, handed it right over. But when they asked him to search his car (trying to find weed or whatever) he—respectfully—declined. Now this really didn’t get him very far as you’ll soon see but at least it brushed the cops back a bit and let them know he was not some schmuck gonna take all their bullshit and smile.

So then they asked him to do the so-called “standardized field sobriety tests”. You know, the one leg stand, the walk and turn, the alphabet, the finger count, the walk the line, and that one where they make you follow a pen with your eyes (“don’t turn your head!” they always say).

Now some of you may know that even without a blood or breath test, if you fuck these tests up, you can get screwed on the DUI charge since the tests are designed—so they say—to suss out impairment (of all types, or just alcohol, hmmmmm?).

But my guy, he’s the kind of dude who doesn’t suffer cops lightly and he’s a pretty smart guy. He tells them, politely, to go fuck themselves, he’s not doing any field sobriety tests. Now this is where a little bit of legal knowledge comes in handy. He also knows that here in NC, refusing these field sobriety tests will not have any consequences other than to make the cops pissed that they have to work harder to get the evidence to convict you (i.e., you can’t lose your license for refusing to do them like you can for refusing an intoxylizer test). While he told them to screw he’s not gonna do any tests he DID say he would do a portable breath test (PBT is the little gadget that you blow into at the side of the road to give the cop some indication if there is any alcohol in your system at all). These tests, BTW, are notoriously IN-accurate and so they’re only admissible in NC in very limited circumstances. But because my dude KNEW he had no alcohol, he racked up some bonus points by submitting to the test and showing the cops he wasn’t fucked up on beer or whatever.

No alcohol, but yes to red eyes and the smell of weed…

Test comes back ZERO. Unfortunately the donut boys weren’t satisfied and in spite of his clean PBT thought that his red eyes and odor of weed were enough to arrest him. Now, I have a huge problem with that; I don’t think they had anything near probable cause but, oh well. As I said a minute ago, his refusal to allow a search of the car didn’t really gain him anything because NOW that he was under arrest, the coppers could do what they call an “inventory search” (where they search a car when the driver is arrested to “inventory” what’s inside. Total and utter bullshit!).

Now since this guy had smelled like weed smoke, the donuts think they’re gonna find some pot in the car. Too bad so sad for them, dude had actually smoked and then tossed a tiny tiny roachette out the window long before (so there’s nothing in the car. Haha!). So at this point they haul him down, right? And he blows in the machine like a mofo. Result? NADA! Remember, he’s got no alcohol in his system, he’s STONED!

No such “marijuana DUI” law in NC

So then, the cops go and get a warrant to take his blood. Now this is where dude gets nervous, right? They can certainly test for Delta 9 THC, right? I mean he was driving. They smelled the weed. They’ll find it in his blood. Case closed, yes? Well no, actually. You see here’s the thing: here in NC (and it may be different where you are) the law is pretty clear about DUI with alcohol. Basically .08 and you’re fucked (but sometimes some good lawyering can unfuck even a .08). But with marijuana, THERE’S NO SUCH LAW!

Now listen to what I’m saying: If you’re fucked up stoned out of your mind and you:

But, conversely, if the cops don’t see you drive bad and have no field sobriety tests to show your impairment they got BUPKIS. Even if they go and do a blood test all they can possibly have is the evidence that you had SOME amount of marijuana prior to driving. But, and here’s the beauty part, unlike DUI for alcohol, a Marijuana DUI charge does not have its own law to say that such and such a “level” of this intoxicant in your system is de facto DUI (like the .08 for alcohol DWI).

Upshot for my dude? The cops saw no bad driving (checkpoint). There was no weed in the car (he tossed it). There were no tested examples of his impairment (didn’t do field sobriety tests). And, the kicker, there is at present no standard to show HOW MUCH D9 THC in the blood is enough to be “impaired”.

BOOYA! Coppers may be smelling weed but this lawyer’s smelling the sweet smell of NOT GUILTY! Now let me add a caveat: I SUPPOSE the st
ate could run out and get a M.D. pharmacologist or whatever to testify that with such and such a level of THC the user is gonna feel xyz and behave xyz and be “impaired”. Suffice it to say: