First Time Offenders: A Brief Overview of the ARD Program in Pennsylvania 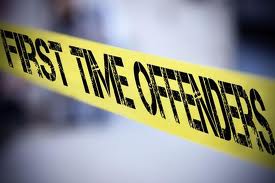 The following article was authored by Attorney Ellis Klein, a Pennsylvania attorney with several offices in Pennsylvania and New Jersey.  Ellis is a former Senior Deputy District Attorney with experience in over 10,000 criminal cases.  More information about Ellis and his firm can be found on his website: http://www.ykacrim.com/

Many of my clients are first time offenders who are concerned about how a criminal arrest will affect their lives in the future. Luckily, Pennsylvania has a program for people who have never been in trouble before.

If this is a first offense and the charges are Misdemeanors, you may be eligible for the Accelerated Rehabilitative Disposition program, known as ARD. If ARD is approved by the District Attorney you do not have to plead guilty, are not convicted of a crime, and the charges are eventually dismissed after fines, community service and successful completion of a probationary period. Once the charges are dismissed, a Motion for Expungement can be filed resulting in all of the charges being officially removed from your record, including your “rap sheet”. This program is for first time offenders only and the DA will review your entire past history to determine if you are eligible. Individuals who have been convicted in the past of any crime are ineligible. Additionally, the chances for ARD are decreased if the individual has previously been approved for ARD in the past.

ARD is also given for crimes such as Retail Theft (shoplifting) and other Theft offenses, minor drug possession cases, vandalism, as well as other minor misdemeanor offenses. It is rarely given for more serious felony cases and crimes involving violence. The District Attorney makes the decision as to which people are placed into the ARD program, and it is solely up to the DA’s discretion. The Judge has nothing to do with the ARD decision making process. As a former Senior Deputy District Attorney, I personally approved over 1,000 people for ARD, and as a defense attorney, I have assisted over 1,000 clients gain admission into this beneficial program. Since admission into the ARD program is determined solely by the District Attorney’s Office, your attorney’s relationship with the District Attorney is extremely important.

Application for ARD is typically made at the Preliminary Hearing. The Preliminary Hearing is the first step in the process in which you are able to see the evidence against you. It is not a guilt or innocence hearing – the District Justice only determines if the Commonwealth has enough evidence against you. At this Hearing, you will be Court ordered to attend a self reporting alcohol evaluation called a CRN evaluation in which you fill out paperwork and answer questions about your alcohol use. Based on this evaluation and also your Blood Alcohol level, you will be required to attend Alcohol Highway Safety Classes (typically 16 or 32 hours) and if deemed necessary, you may have to attend alcohol counseling. Most counties also require a period of community service and fines are imposed totaling approximately $1,400 or more, on average.

ARD probation typically lasts either six months or one year, but can be as little as 30 days for Marijuana possession cases. Once classes and community service are complete the individual must stay arrest free during that period of time. Once completed, the charges are dropped by the DA and then the entire case may be expunged by filing a Motion for Expungement in the Court of Common Pleas. Just because the charges are dropped does not mean that the criminal record is also dropped. As DUI is a misdemeanor criminal offense, fingerprints and a “mug shot” are required which will remain on a criminal history, otherwise known as a rap sheet, until the case is expunged. Once the Judge approves the Expungement, all agencies are ordered to destroy all records of the arrest, including the State Police who keep the rap sheet, local police, and the courts. Upon receipt of the Expungement Order, all agencies are required to destroy all record of the arrest and send an affidavit of compliance to the defendant. Typically, the District Attorney does not oppose expunging successful ARD cases.

If ARD is denied by the prosecutor, it is possible to request that the DA reconsider his decision. In this situation, your attorney’s relationship with the District Attorney is of the utmost importance. Generally, a letter is sent to the DA by the attorney requesting reconsideration, listing all of the reasons the client should have the benefit of the ARD program. Sometimes, I will call the arresting officer and ask him to personally call the DA to “put in a good word” for my client in an attempt to get the DA to reconsider. I do this because when I myself was a DA, when a police officer took the time to call me personally, I gave his opinion great weight because the police officer knew the case better than I did as a DA. It has been my experience that police officers are more than willing to assist first time offenders who were cooperative with the officer.

The ARD program was enacted by the legislature for people who are not criminals but who just made a mistake. It gives people the opportunity to “wipe the slate clean” after certain conditions are met. The goal of the program is to teach first time offenders a lesson so that they do not repeat the behavior. Just because you were arrested for a criminal does not mean that you will automatically go to jail and have a record. If you are a first time offender, hopefully you will be eligible for the ARD program so that the charges would eventually be dismissed against you.