What to know if you get a DUI in Pennsylvania 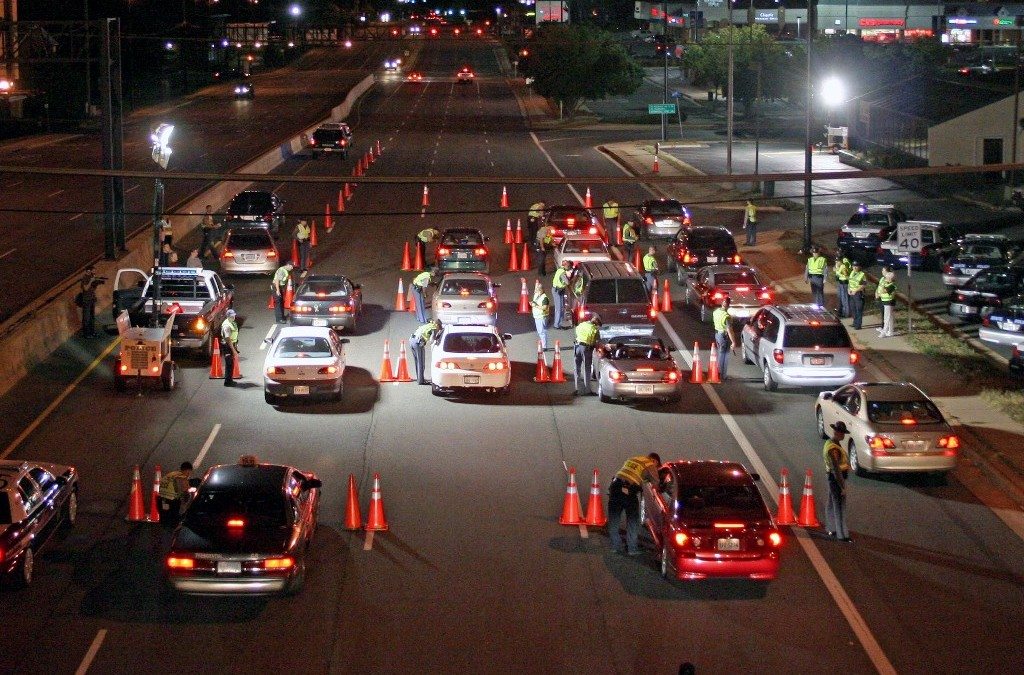 It's a cold night in Pennsylvania, and there's a terrible half-snow/half-rain slush coming down and turning immediately brown in the streets. It sounds like a perfect night to curl up with a book by your fake fireplace and hang out with your cat Mr. Purples, but your friend has convinced you to go out for a few drinks. You had a couple glasses of wine, took a few sips of your BFF's appletini, and now it's time to go home. You don't feel drunk, or even buzzed. It's been a few hours, you ate an embarrassingly giant plate of fries, so you should be fine, right? You grab your keys, hug your friends, and head to the parking lot.

Ten minutes later, you're pulled over on the side of the road, blue and red lights blurring through the cold sleet in your rearview. The pit of your stomach is heavy with dread, the same feeling you had when you got sent to the principal’s office in middle school. A police officer stands by your window, asking for your license and registration. But you're not drunk. You rolled through a stop sign, so what? Everyone does that.

The officer asks you to take a breath test…

And then, the unthinkable happens. You're asked to take a breath test. You don't know what to do. It's suspicious to refuse, right? And you really only had a couple drinks. So you comply. And your blood alcohol level (BAC) is .081. Which means, you are, legally, driving under the influence in the state of Pennsylvania.

Sonambabeach#@!$!%  How did this happen?

That's a question that a lot of DUI offenders find themselves asking. You don't have to be a bad person, an alcoholic, or even feel drunk to be arrested for driving under the influence. So a lot of very normal, law-abiding citizens find themselves in a situation every year where they are suddenly thrust into the legal system as criminals and they have zero idea what to do in this environment. Getting a DUI comes with feelings of shame, confusion, judgment and fear, and the process of dealing with your DUI can be confusing and belittling.

You are not alone

But it's okay. You don't have to go through this alone and in the dark. There are plenty of resources out there to help people like you cope with their Pennsylvania DUI convictions. You can hire an attorney who will help you through this, or you can choose to fight the battle on your own. Either way, resources like this article will help you be an informed citizen, aware of your own rights and ready to wade through the morass of you DUI with dignity and poise.

It helps to know the rules

So here are some basic facts about DUI laws in Pennsylvania:

Of course, your safest bet is to never ingest any substance and drive, because it can be tricky to know what it takes to reach your legal limit. As in the anecdote above, a person of smaller stature or with a different metabolic rate may test positive for a BAC over .08 even if she hasn't had what most people would consider, “too much to drink.”

What you are facing if you are convicted

But some lessons are learned the hard way, so if you've been arrested for a DUI, and you're subsequently convicted, here's what you're dealing with.

The good news is that it's possible the court will allow you to receive a restricted license after 60 days of your original suspension, for things like getting to and from work. You might also be required to install an ignition interlock device (a breathalyzer to start your car), although normally that is only a mandatory part of a second or third conviction. Alcoholic screening, counseling, or rehab might be a part of your conviction as well. Obviously penalties, jail time, and fines increase substantially if you're convicted a second or third time, but hopefully that's not going to happen.

Also, it's important to note that submitting to a BAC test is always the right choice. Driving in the state of PA means you are automatically agreeing to a test at any given time, so if you refuse you'll face license suspension and other penalties, even if you weren't under the influence.

A few other things to note:  You'll have to deal with what's known as SR-22, an insurance form that your insurance company wants to ensure that you have sufficient and proper coverage. You'll also want to throw out the idea of a plea bargain, as PA is a state where a lesser charge (like “wet reckless”) is barred by statute.

All of this can seem scary, overwhelming and downright impossible to navigate, but it's okay. Sure, you'll have to deal with court, and a number of costly fees, fines and other annoying financial drains. But it's okay. It's not a lifelong sentence as a societal pariah, nor do you have to go through this alone.

Talk to you friends and family.

Hire an attorney to guide you through, if you want.

And try to find some peace of mind.

We've all been in situations where we didn't think we were doing anything wrong, but we could've made a smarter choice. It's okay. You'll get through this, and hopefully, you'll come out stronger on the other side.

Need help with a PA DUI?

You can always give Bernie a shot at helping you out.  It's a free service that helps find you a lawyer.  It works by you first uploading a picture of your DUI ticket and some details, and then lawyers come to you with their bid to take your case.  Sometimes they offer free advice as well.  It's easy to use.  Click or tap the button/link below to get started.