DUI in PA: A brief overview of the Pennsylvania DUI law 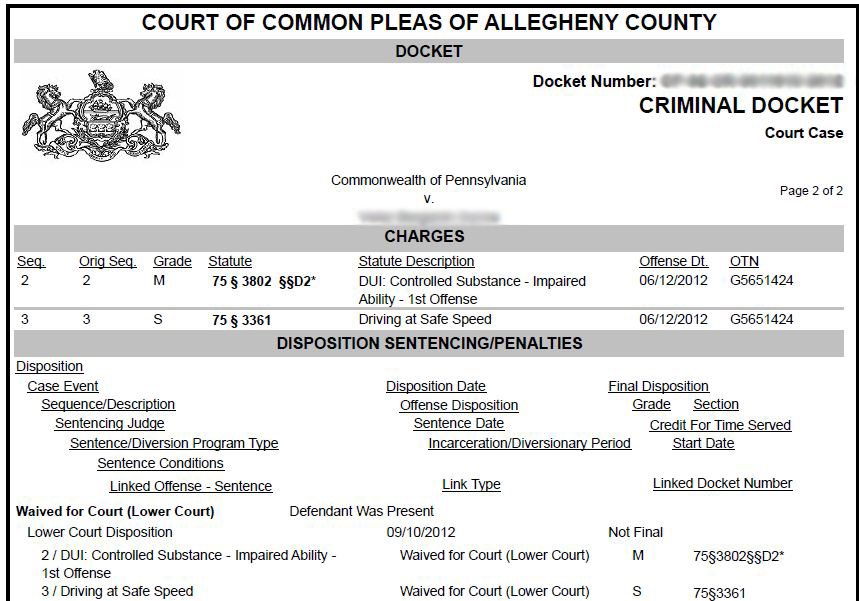 The following article was authored by Attorney Ellis Klein, a Pennsylvania attorney with several offices in Pennsylvania and New Jersey.  Ellis is a former Senior Deputy District Attorney with experience in over 10,000 criminal cases.  More information about Ellis and his firm can be found on his website: http://www.ykacrim.com/

If you have recently been arrested for DUI you are now facing a very important decision – – which attorney you will hire to represent you. In Pennsylvania, if you are found guilty of Driving Under the Influence, you will be faced with mandatory jail time, fines, and at least a one (1) year suspension of your driver’s license. If you have not yet received the Criminal Complaint, you should be receiving it shortly in the mail, along with a summons to appear in District Court for your Preliminary Hearing. The next step in the process is to hire an experienced local criminal defense attorney to represent you in court and fight for your rights.

If you are convicted of DUI in PA, jail time is mandatory if your Blood Alcohol level (BAC) exceeds .10%. Jail sentences range from 2-3 days minimum for a first offense, 30 – 90 days in jail for a second offense, and up to one year in jail for a third or subsequent offense. If you are a first time offender, you may be eligible for the ARD program in which the charges are eventually dismissed after completion of classes and payment of fines. Information about the ARD program can be found here: http://blog.berniesez.com/first-time-offenders-a-brief-overview-of-the-ard-program-in-pennsylvania

In order to be found guilty, the State must prove that you drove, operated or were in actual physical control of the vehicle while your blood level was over .08%. The police do not have to observe driving, they just need to prove that you were in control of the vehicle’s movement. Pennsylvania courts have consistently ruled that more is needed that a driver found behind the wheel of a vehicle. At a minimum, the vehicle must be on and there must be additional evidence that the vehicle was driven to that location. My firm has obtained not guilty verdicts in cases like these, especially cases where the vehicle was found in a parking lot of a bar or restaurant and no driving was observed.

License suspension, like jail time, is also mandatory, ranging from no suspension for the lowest level, to 18 months for a multiple offender in the highest level (over .16%). There are limited situations where a driver may get an Occupational Limited License, aka a “Bread and Butter” license to drive to and from employment.

2nd offense? Get used to some restrictions

If you were stopped for DUI it is extremely important that you obtain legal representation as quickly as possible to begin investigating any potential defenses you may have available to you.