Drinking and Driving in Tennessee 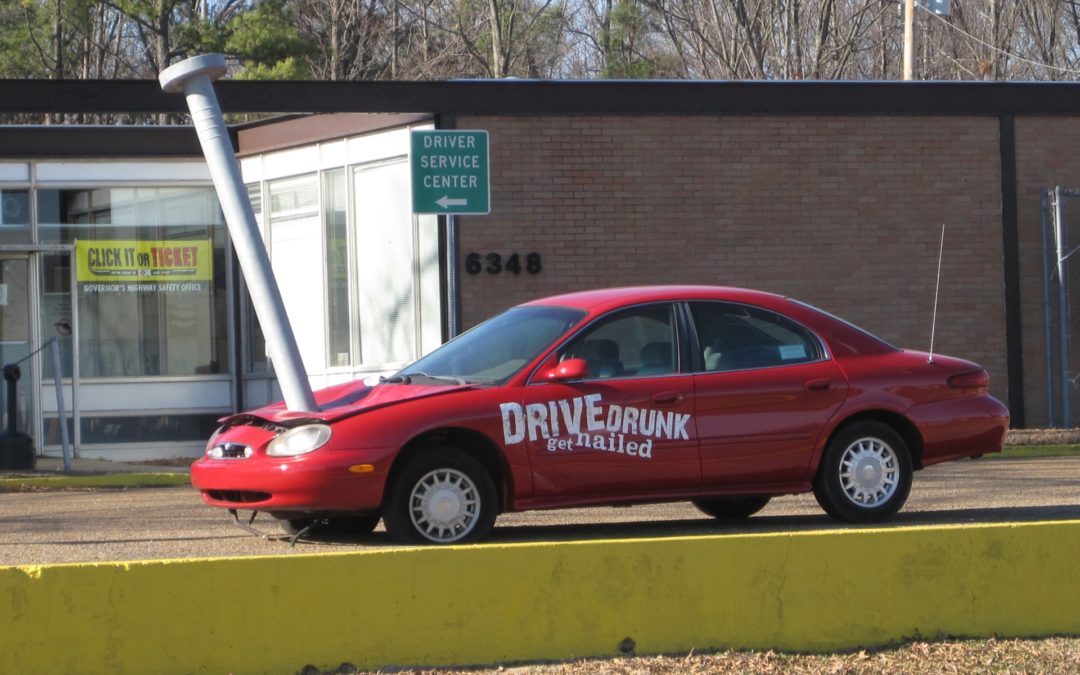 You’re coasting down I-65 at a comfortable speed, not too fast, not too slow – at just the right pace for your aged little pickup truck and the country tunes spilling out your radio. You’ve just come from one of the best concerts of your life, just a little hole-in-the-wall whiskey bar where the local spirits and classic Jack alike were flowing aplenty. Just when you think you’re about to make it home, you see those flashing blue and white lights. Oh, shit. Was I swerving? Music too loud? Were my lights even on?

Before you know it, you’ve blown a 0.16 and you’re on the curb, both hands behind your back and shivering. How did this happen? More importantly, what’s gonna happen to me next?

Unfortunately, if you’ve found yourself in this scenario, the answer is more than likely yes. You know, unless you’re secretly a member of Old Crow Medicine Show and the arresting officer is more interested in joining your crew back home for a jam session than taking you downtown. If you are, well, happy trails until we meet again. If you aren’t, you’d better read on to see what you should expect.

The minimum jail-time in Tennessee for drivers over 21 with a BAC above 0.08% is 48 hours. (The penalties tied to being more drunk than, say, just a little, are considerably more severe, but we’ll get to that later.) But before you get to that hopeless moment when you’ve confessed everything and are sitting in the back of a police car, remember that you do have rights, and if you’re sober enough to remember that, you’ll be thanking yourself later on. For example:

What’s gonna happen to me?

Let’s play “worst case scenario.” It ain’t a fun game, but it’s ultimately going to benefit you to know exactly what could await you if you don’t have a good legal defense. Like we said: If you’re guilty of a DUI-related offense in the state of Tennessee, it’s in your best interest to hire a lawyer who’s trained to spot all the possible defenses for you and help reduce life-altering penalties such as heavy fines and legal marks upon your permanent record.

First things first: What blood alcohol content marks that tipping point between legal and illegal? Check the list below, and do a little research if you must – i.e. What are my limits? How many beers and/or honey sangrias would I need to drink to reach this point?

If you’ve fallen into the first of these categories – which is the most common, with roughly 3,000 convictions a year – there’s a good chance it’s your first offense. However, this doesn’t mean you’ll receive any special treatment or second chances. In addition to the mandatory jail-time we talked about earlier, a first-time offense is attached to a few more penalties which you will more than likely face if you don’t have a good legal defense. Increased levels of fuckery behind the wheel, i.e. a notably higher BAC than what’s considered legal will steer you to even more severe punishments.

If you find yourself in a sticky situation involving a DUI arrest, make sure you have an esteemed attorney backing you up, as there is a wide variety of legal caveats that just might lessen your sentence. It is not recommended that you refuse a breath or chemical sample upon being pulled over, as this will result in automatic revocation of your license for 1 year the first time you do it, and 2 years every time thereafter. Tennessee, like many other states, operates under an “Implied Consent” statute, meaning that if an officer has probable cause to test your sobriety, he or she is completely allowed to use as many different tests as they see fit, since, y’know, it is against the law.

In any case, if you choose to appeal whatever charges you’re stuck with later on, an attorney can help you determine what, if any, reasons there may be to disqualify the test results you were pinned with. Think medical conditions, faulty equipment, and mishandled samples of blood or urine. Expert stuff. Legal representation also has the potential to lessen your charges. Oftentimes, DUI’s can be argued down to achieve a plea bargain, which often results in changing a DUI charge to a “wet reckless” reckless driving charge, which can substantially alter your punishment.

If at any point you find yourself in the throes of the legal system on account of a few mishandled alcoholic beverages, fear not. Learn your lesson, but learn the best ways to navigate legal matters as well. Having a reputable lawyer on your side can be very helpful in determining your best possible outcomes and in negotiating the sorts of punishments that may harm your way of life in the worst possible ways. Post your questions to BernieSez today, where thousands of experienced attorneys can view them and offer you consultations – because you don’t have to do it alone.