Warning: Cannot modify header information - headers already sent by (output started at /home/customer/www/berniesez.com/public_html/wp-content/plugins/page-or-post-clone/page-or-post-clone.php:123) in /home/customer/www/berniesez.com/public_html/wp-content/plugins/wp-math-captcha/includes/class-cookie-session.php on line 46
 Car Accidents: How Much Money Can I Get from the Other Guy's Insurance Company? - BernieSez

Car Accidents: How Much Money Can I Get from the Other Guy’s Insurance Company? 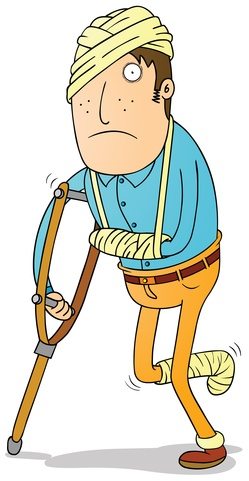 A few times a week I get calls from folks who have had car accidents. They run the gamut from pretty low speed fender-benders all the way to really bad stuff (with really bad injuries). And though the clients are as different as the accidents themselves, the common thread in all of these client contacts seems to be the inevitable question:

“What can I expect to get from the other guy’s insurance company in the way of compensation?”

Fair enough. But as I sit here and think of all the times I have been asked that question, and all the times I have responded by explaining what’s allowed versus what’s probable, what’s likely versus rare, it occurs to me that outside of a bar exam review session or law school class, I’ve never really seen these answers in black and white.

With all the cars on the road and all the driving we do on a daily basis, shouldn’t we all have a basic idea of how this stuff works? Answer: yes. So here’s what: let’s go through a basic car accident case, at least in broad strokes.

Everything that is property that was owned BY YOU and was damaged as a result of the other driver’s negligence is fair game for a property damage claim. Note: North Carolina observes the 75% rule. If it would cost 75% or more of the car’s pre-crash value to repair it, then the other guy’s insurance company must offer to pay you full value (“total loss” value) meaning “ACV” or actual cash value, that is, what the same or similar car would have sold for immediately prior to the accident. Then the insurance company gets to keep the car and you get a fat check. If your car was NOT rendered a total loss based on the 75% rule, then the measure of damages is basically the repair bill. However, where the car is damaged and then repaired, a “diminished value” claim may be proper as well. The basic idea there is that the value of a car which is wrecked and then repaired is LESS THAN the value of the same car if it had not been damaged and repaired. Personal property damaged because of the other guy’s bad driving is also in the mix, e.g., your eyeglasses, the keg of beer that leaked all over the road, the Starbucks coffee you had just bought, etc etc. General rule: if it was yours and it got damaged, consider it part of the claim.

Tip: If you have personal stuff that was with you in the car and was damaged, it’s best if you can get it out before the car goes to the tow yard. It’s hard to make a claim for stuff that goes “missing” when the car is in the possession of the tow company (and that happens quite often!).

2.  Incidental Costs for Loss of Use

If your car is out of commission, even for a short while during repair, you have a right to compensation for a rental vehicle.  Arguments about what is a fair period of time for a rental and what is a fair rental car compensation are usually won or lost on the basis of reasonableness. If your wrecked car is an economy car, a claim for renting a Cadillac SUV may fall on deaf ears. Likewise, if your car has been called a total loss, assume that it might be hard to make a claim for use of a rental for long after you have been paid (or offered to be paid) for your total loss.

Tip: For the folks that never get rental cars and never ask to be provided a rental car, many insurance companies will still toss in some extra bucks for the rental you could have had but chose not to. Make sure you ask!

3.  Medical Treatment Costs (In the Past)

I hope that even if you’re not obviously injured after an accident you at least will go and get a pro’s opinion. You only have one body; better make sure it’s ok. To put you at ease, every bill for medical services related to injuries that were caused by the negligence of the other driver is compensable even if it’s just reasonable diagnosis that determines you’re just fine. If you have to get ongoing treatment, like physical therapy or chiropractic care, that needs to be paid by the other guy’s insurance carrier. Start from the very beginning and go to the very end of treatment. Ambulance, ER physician, hospital, radiology, physical therapy, even prescriptions (or non-prescription drugs, for that matter), all are part of the deal.

Tip: Continuity of treatment is important. Delays between the accident date and the ensuing dates of treatment will be used against you! Go to the doctor as soon as you have any symptom that you’re concerned about and keep each and every appointment until you are officially released from care.

4.  Medical Treatment Costs (In the Future)

If your injuries are such that they do not resolve completely and will require ongoing care and treatment for some period of time, then these medical costs are also compensable. Frequently we see this in cases where there are catastrophic injuries (like brain injuries, for example). I hope for your sake that you and your loved ones never suffer any such thing. But whatever grade injury it may be, if it requires ongoing care, that too is compensable.

Tip: When you are about to be discharged from the doctor, you should ask him to put in the record if you may need further treatment, what it may consist of and what the likely duration of that treatment is. Chiropractors do this routinely but not so much MD’s. Go figure.

The suffering and pain associated with injury is, of course, compensable, but is very hard to quantify. A damaged car can be repaired and we can estimate the cost of those repairs. How do we put a price on the suffering that one has endured? No easy answers here. Suffice it to say that good lawyers pride themselves on their ability to present convincing arguments to those in charge of paying out for pain and suffering. And while there is no precise calculus, any such argument must emphasize the salient points: How serious was the injury? How much was the person’s life affected by the injury? How long was the recovery?

Tip: Keep a diary of your case starting from the date of your accident/injury all the way through the claims process. In the hands of your attorney, this information is invaluable.

If, due to injury caused by another’s negligence you are unable to work at your job for some period of time, then the salary or wage you would have earned in that period of time is lost, and so is compensable. No hard and fast rules here though reasonableness is key. Though there is no legal requirement in North Carolina that a physician deem you unable to work in order to present a claim, a physician’s letterhead “stay out of work” recommendation carries more weight than your own private decision to go furlough. In extreme cases, if the inability to work is persistent, then a claim for prospective lost wages, even a lifetime of lost wages, may be proper. It will all depend on the severity of the injury of course.

Tip: You may consider getting tax records together to assist you in this part of the claim. Tax records show you are a stand up citizen (because you pay so willingly!) and bolster your cred in a general way. They also show how much you were making before the accident and reinforce the reasonableness of the lost wage claim. If you have to go to Uncle Sam to get copies, that will take some time. Better start right away.

If the injury suffered is of such a serious nature (God help you I hope it’s not!) that a full and complete recovery to pre-accident vigor cannot be achieved, then additional compensation is called for. Generally, permanency is demonstrated by way of a disability rating given b
y a treating physician and will be discussed in terms of whole body or partial disability from 0 to 100%.  Permanency means that your attorney can make an argument to the jury (if he has to go that far) that your compensation should include a “per diem” amount, that is, an amount of money figured per day for the rest of your natural life (which amount is then reduced to present day value). For example, if after all the treatments and therapy and surgery your hand is not like it was before, and the doctor has given you a whole-body rating of 25%—say—for the loss of use of that hand, then your attorney can argue the compensation of that must be considered over the term of your natural life, since it’s not going to get any better. He will use in his argument all the things you can no longer do due to the injury and what an impact that has on your life.

Tip: I hope you never have this happen to you, but if you do, make sure that you are writing in your journal/diary all the times that you feel affected by your ongoing (and permanent) injury.  It’s pretty compelling stuff.

Where your accident and injuries are caused by grossly negligent conduct of another driver which goes beyond ordinary negligence (that is, conduct that makes what happened more than “just an accident”), you may be able to recover punitive damages. Punies are awarded against defendants in order to punish them monetarily for their misdeeds. Some examples might be careless and reckless driving that leads to an accident, DWI, racing, even an intentional act with a car (like an assault). While strictly speaking the fact of a serious injury is not required in order that punitives be awarded, the more severe the injuries and the more egregious the defendant’s conduct, the more compelling is the case that punitives need to be paid.

Tip: If you have any information that tends to show the defendant’s conduct exceeded ordinary negligence, make sure you bring it to the attention of your attorney. Sometimes witness statements about the way a driver behaved in the minutes before a collision will shed some light on this too.

Disclaimer:  In writing this, I’ve tried to be as complete as time and attention span will allow. Nevertheless, this is far from an exhaustive treatise on car accident negligence law; each case has umpteen variations and nuances and is unique unto itself. The reader would be ill-advised to simply read the above and believe he’s armed and ready to handle his own car accident insurance claim. However, if after reading the above you find that a more fruitful discussion can be had with your attorney, and attorneys are always a good idea in these cases, then I’ve done what I set out to do. If anything comes up that needs urgent attention, I welcome all inquiries and comments!