Bondsmen = Bullies That Wish They Were Cops 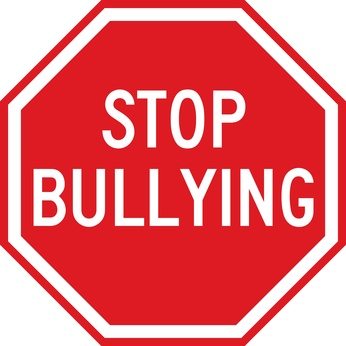 There is a pretty gnarly problem that is going on here in NC (and probably in other states too) that has to do with Bail bondsmen and the way they practice their trade. I’ve seen this crapola for many years. Take a look:

This guy came to me the other day with the following case: Seems he got arrested for a DWI and some other stuff. Due to the “other stuff” (which was weed and weapon), the magistrate set his bond beyond the usual and popped him with a $5,000 secured bond. For those of you who may not know, when there is a secured bond, it means that in order to get out of jail while waiting for your court date, you gotta pony up the amount of the bond kinda like a “security deposit”; you don’t come to court, and -eventually- the money is forfeited (for benefit of schools, in NC, but other states may vary). Conversely, when your case is concluded, you get it all back. Simple, right? Now, that’s all well and good, but $5,000.00 is a bunch-o-dough. Not many folks have that sitting around. Enter the bondsman. The bondsman, kinda like an insurance salesman can help you in the following way: assuming you don’t have the cash sitting around to leave like a deposit to guarantee your presence in court, the bondsman will basically sell you an insurance policy in the amount of the bond for a price of -usually- 15% of the face value of the bond. What’s that mean? Well, supposing a $5,000 bond, a bondsman will guarantee your presence in court (and get you out of jail for now) if you pay him $750, which is 15% of the amount of the bond. If you don’t make it to court and the court orders the forfeiture of the bond, it is then the BONDSMAN who pays the forfeiture amount, and not you. Needless to say, the FEE is not refunded when the case is over. Kinda like an insurance premium, right? Ya with me? Ok, now check this out:

They Use Co-Signers To Get Out of Paying Anything Themselves

Sometimes the bondsmen “hedge their bets” by asking for a co-signer on the bond. You see, these bondsmen don’t like to pay out money on forfeitures. And when a judge tells them to pay up, the big companies that really have the money that the bondsman guarantees to pay, (like an insurance company pays out, right?) get all pissed off at the bondsman who wrote the bond. In order to keep from losing so much money then, and to keep the big company bean-counters happy, what a lot of these bondsmen have resorted to doing is asking for a co-signer on the bond. The co-signer, by signing, agrees to reimburse the bondsman (the bonding company) if the dude who bonds out of jail “forgets” to come to court. You could compare this to a co-signer on a car loan. If the “main guy” fails to pay his car loan, the co-signer is on the hook. See?

But here’s the prob. What seems to be happening a lot is that when the guy who bonds out of jail forgets to come to court, first thing the bondsman does when he finds out is run to the co-signer and DEMAND that the co-signer pay TO THE BONDSMAN the amount of the bond. This is what happened in my example case, exactly. My client missed a court date, the judge noted his failure to appear and issued an order for his arrest. THAT SAME DAY the bondman is over at the co-signer’s house being very rude and flashing his tin bondsman badge and fancy gun around (lots of bondsmen are in love with guns and handcuffs and would like to be cops just so they can occasionally kick someone’s ass) and telling my client’s mom (co-signer) that she has to pay the amount of the bond forfeiture OR ELSE.
The “OR ELSE” part is that the bondsman even suggested that if my client’s mom FAILED to pony up, she could find herself in jail also. As “proof” of the “fact” that this might really happen, the bondsman also waves around the co-signer’s signature on a piece of paper and SUGGESTS that the signed agreement includes this lawful provision. Fortunately, my client’s mom is a pretty clear-thinking lady. She called me immediately, even while the bondsman was right there trying to do his scam on her, and told me what was going down. Here’s what I said:

It’s a Load of Crap

First off: the mere fact that the guy who bonded out of jail didn’t show up ONE TIME doesn’t mean there’s a forfeiture that the bonding company has to pay anyway. The forfeiture process is long and drawn out. It is IMPOSSIBLE that there will be any FINAL forfeiture order until months and months and months after the guy misses his court date. What this means is that if the bondsman comes to the house insisting on “reimbursement” of the bond forfeiture amount (“indemnification” they call it) the first question should be “what is the final forfeiture date and can I please see the forfeiture order?” I guarantee you the bondsman won’t be able to produce it. And, that’s exactly what happened in this case.
Secondly: The obligation of a co-signer on a bond is CONTRACTUAL in nature. That means if you ever are confronted by a bondsman with a piece of paper who says “pay me now”, you can tell him that you will pay him if and only if a court of competent jurisdiction ORDERS you to do so and then, MAYBE. You see, a contract to pay a bond forfeiture is just that, a contract. There are no special rights granted to bondsmen to get paid right away just because they have a co-signer agreement. If they feel they have a right to indemnification, let them take the consigner to court on a breach of contract claim and see what the judge and jury do. Yep, that’s right. A whole damn lawsuit. That’s months if not years. You think the bondsmen wanna do that? Well, that’s what I said, to my client’s mom and that’s exactly what she said to this idiot bondsman.
Last: While these bondsmen might like to give you the idea that they’re in league with the cops and have all this power to arrest folks and so on, don’t you believe their bullshit. While it’s true that they have the power to “off-bond” someone (i.e., take a bonded person back to jail for breaking the conditions of his bond agreement, like if he forgets to go to court, or to stay within the jurisdiction, or commits other offenses while on bond etc etc) they have ABSOLUTELY NO FRICKIN’ POWER WHATSOEVER TO ARREST ANYBODY, PERIOD!!!!!! Furthermore, any use of guns and badges coupled with a suggestion that they are court employees or cops is tantamount to impersonating a police officer, which is a felony. If you see any of this crap going down, call the cops!! Further still, the NC Department of Insurance regulates these guys in their duties as bondsmen (since it is actually a type of insurance that they sell). The second call you make after calling the cops should be to the NCDOI investigations unit to report these idiots for unlawful practices. Here’s a link to their site just in case.
http:// www.ncdoi.com

I’m happy to report that thanks to my client’s mom’s quick thinking, the bail bondsman beat a hasty retreat shortly after my phone conversation with her (and with his tail tucked firmly between his legs, I may add). As a little icing on this cake, he actually lost his bonding license over this little escapade. Don’t let it happen to you!

Remember the following:
Man, I love this job! I think I know how Billy Jack must’a felt!
PS: Despite my opinion of THIS joker, there are good bondsmen out there. Contact me if you need a referral.
Error, group does not exist! Check your syntax! (ID: 1)